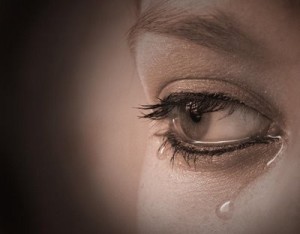 I recently had the opportunity to hear Angela Bauver share a bit of her testimony. Angela is a member of our healing prayer team at Cornerstone. Nigel Mumford has said that she is the future face of healing prayer in the United States. She was kind enough to give me a transcript of her words. Enjoy these excerpts and may they bring you hope for your own healing.

If you missed either of the Angela series you can check them out here:

Over the past year I have learned why I was in bondage. I have also learned that God is the only one who is able to bring me through. He will do it so that his name will be glorified. I am an oak of righteousness; a planting of the Lord!

Joyce Meyer writes in her book, Beauty For Ashes,  “the bad fruit comes from somewhere.”

When I was in the thick of my depression I would read God’s word desperately looking for answers but all I found was guilt and shame because I was facing myself which is never acceptable in God’s sight. I had to come to the truth that God sees Jesus when He looks at me. So as I read the Scriptures that name the types of people who will not inherit the kingdom of God: those who are filled with jealousy, those who are filled with anger, greed… I would recognize many of these things in my own life.

I knew I could never measure up. But when I began to walk through the healing prayer ministry sessions, God began dealing with my wrong mind-sets, my broken image of God, my expectation for perfection in myself and others and the self-hatred I carried from my early childhood.

…You see, rotten fruit comes from rotten roots. I have learned that I will never be able to behave right if my roots are bad no matter how much I work on it. But today there is hope for me and for you in Christ Jesus. We can be uprooted from the bad soil of our lives and be transplanted into the good soil of Jesus Christ. this is not a work that can be done by our self-discipline. It has to be done by God with his grace. his Spirit comes in and digs up all of our bad roots and literally plans new ones. God is not afraid of the mess in our lives or of helping us through the painful circumstances of life. He is not disgusted by the things that come up in us and out of us. The process is beautiful.

My roots were of shame, rejection, abandonment and abuse. My bad fruit was negativity, critical judgment, self-hatred and much more. My mentality was “What’s wrong with me?” Because of that I was constantly confused and filled with inner turmoil.

October 2011 marked the beginning of my journey towards wholeness. Today I am completely uprooted and replanted in the good soil of Jesus Christ… the soil of acceptance in Jesus and into the good fruits of the Holy Spirit. I stand on Hebrews 12:2…God who is the Author and finisher of my faith will finish what He has started in me. He will bring it to completion!

Fear not: for I have redeemed thee, I have called thee by thy name; thou art mine.

2 When thou passest through the waters, I will be with thee; and through the rivers, they shall not overflow thee: when thou walkest through the fire, thou shalt not be burned; neither shall the flame kindle upon thee.” Isaiah 43:1-2

I recently had the opportunity to hear Angela Bauver share a bit of her testimony. Angela is a member of our healing prayer team at Cornerstone. Nigel Mumford has said that she is the future face of healing prayer in the United States. She was kind enough to give me a transcript of her words. Enjoy these excerpts and may they bring you hope for your own healing.

I am appreciative to stand before you and declare this simple truth: God first desires us to be saved. Then He wants to heal us from all trauma, sickness, pain and grief.

The Bible states that we are new creations in Christ Jesus, the old has passed away and the new has come. But that newness is a process of allowing God to deal with our baggage of disappointments and hurts.

It was Oct. 6, 2011 when I had finally had all I could bear. I couldn’t push down the grief, shame or sadness from my past any longer (of course at that point I didn’t even know it was from my past). I was seriously afraid for my sanity. I had walked through six months of extreme depression. Every night I put the kids to bed and I would lay in my bed trying to pray; Most times I couldn’t even speak words but if I could get something out it would sound something like “God please help me!” I tried to worship and praise but it was just a feeble attempt to do what I thought I should do to have break-through. I tried rebuking the devil. I tried rebuking my feelings thinking this must be the enemy coming against me.

When I read my bible I felt so guilty about the way my life was that it caused me to feel worse. I felt condemned by God through the Scriptures because I knew the standard we are called to live up to. I tried everything. Nothing helped. Then the lies started to creep in. I believed most of them: “You’re not a Christian”, “You’ve lost your salvation”, “God is very disappointed in you.”

I’ve learned that sometimes we walk through hard places in our lives and it is NOT THE ENEMY leading us into those dark places. Sometimes it is God leading us. The enemy may think he’s taking the win for the moment, but God ALWAYS wins. Because God’s love and desire for wholeness in us is his greatest concern, He allows us to walk through dark places of suffering. He actually leads us there, because He knows in the end we will be whole and we will be free! 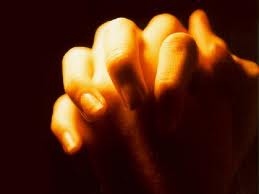 In those places do not fear. We do not walk alone. Our God goes before us. We walk with the Lover Of Our Souls. I wish I had known at that time that it was God that was leading me down the broken road, because I would not have waited until the pain of where I was was actually greater than pain of changing my life…

Have you ever walked through something like Angela did? What did you do?

Come back for Pt. 2 tomorrow!

As a kid I was a real super hero addict. Boxes and boxes of comics filled my room. I was really partial to the Avengers. I’m not really sure why. As a superhero group they really weren’t much: A jerk with a heart condition who lived in a metal suit (Iron Man), a weirdo who named his hammer and hit things with it (Thor), a husband and wife duo whose super power was to shrink and sting people (the Wasp and Yellow Jacket),  a guy in red, white and blue who carried a shield (Captain America), oh yeah and another guy who turned green when he got mad, ripped off his clothes and for the most part  just broke things (The Hulk).

Joel, I think, would have taken exception with the Hulk. We know he took an exception with the Jews’  habit of ripping their garments to show anguish. You see the Jews of the day had a ritual to show their humiliation over sin. It was to rip the garment they wore.  No fuss no muss just rip a robe. There must have been a lot of robe ripping going on in Jerusalem over the heavy-duty life of sin the people were living. The only problem was it wasn’t working. The Jews were managing to keep the clothing stores in business, but they weren’t winning the war on sin.

So Joel wrote, “Therefore also now, saith the LORD, turn ye [even] to me with all your heart, and with fasting, and with weeping, and with mourning: And rend your heart, and not your garments, and turn unto the LORD your God: for he [is] gracious and merciful, slow to anger, and of great kindness, and repenteth him of the evil.” Joel 2:12,13 KJV

The word “rend is the Hebrew word “qara'” and it means to tear in pieces.

You see it wasn’t enough for the Israelites to rip their clothes when they faltered. God wanted them to be genuinely torn up. It wasn’t enough just to outwardly weep and wail they had to change their hearts.

I think there is something symbolic about tearing the clothes, though, that can help us to understand what it means to rend our hearts. When you rip open your shirt what’s underneath is exposed for all the world to see. Symbolically that is what has to happen when our hearts are rent. What is hiding underneath has to be exposed for God to get at.

For so long the church has understood true repentance as just feeling sorry for your sin. Some have gone so far as to say repentance means to turn away from sin and towards God (the word repent does mean to turn around). Even Joel says in these verses that it is necessary to turn away from sin and towards God. It’s true. It’s solid. Are you sinning? Just stop it!… But somehow that definition doesn’t go quite far enough to cover “rending” your heart.

Now I believe in the power of Jesus to deliver instantaneously. I have watched Him do it. But I have also seen times when people just kept trading one sin for another or kept living the cycle of addiction over and over and over again. Such circumstances require us to rend our hearts. We have to rip off the surface of our emotional beings so God can look at that which is underneath and heal us. It is that healing deep inside which must come in order for us to be free from sin.

So many of us would rather just settle for a “light” repentance.

We say ” O.K. God I’ll quit smoking just don’t get too close to the real reason I started in the first place.”

The problem is until we rend our heart and let God get down to the nitty-gritty we will never really be free. We’ll just be saints caught in the misery of works righteousness. When we trade good works for not having to let God into the painful areas of our lives we end up religious not righteous.

You see that’s why so many Christians look more like the Incredible Hulk than Jesus.  So “Rend your hearts not your garments.” Joel 2:13