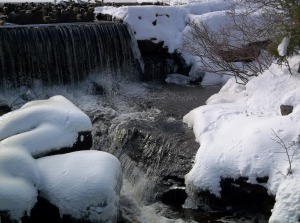 “The function of prayer is not to influence God, but rather to change the nature of the one who prays.”
― Søren Kierkegaard

I preached today. I’m not sure it was my best sermon but the Holy Ghost showed up so my performance was not what everyone was looking at anyway (that’s always best). There’s this funny story in the book of Acts chapter 20. Paul got to preaching one night and evidently forgot his watch because before he knew it the time had moved past midnight. It seems he wasn’t preaching a barn burner either because a young guy named Eutychus listening from a window above fell fast asleep and fell to his death on the street below.  Now that’s one way to put the kibosh on a church service! I’m quite sure had the Holy Ghost not shown up that night Paul would have been in big trouble with the congregation. But God didn’t leave Paul swinging in the breeze. Paul did his part even if it only succeeded in boring one young man to death; Then God showed up and raised Eutychus from the dead.  After that Paul preached until morning! Maybe he was hoping someone else would fall asleep….:)

Well I don’t think anyone fell asleep today. I know no one died so I guess I’m ahead of the apostolic curve here; But no one was going to write home about the profound nature of my words either. Then God showed up and showed off. A message in tongues and interpretation told us that God was aware that the battle was not finished but that we were not to be afraid because He had joined the battle. A prophetic word called people to the altar to receive the baptism in the Holy Spirit for strength. Twelve people came forward and two received the baptism with the initial evidence of speaking in other tongues! Hallelujah!

God is doing amazing things through this time of fasting and prayer. If nothing else my level of expectation has risen exponentially. I am looking to walk in the miracle these days. I will be seeking even more of God’s power during the Lenten fast starting in a few short weeks.  Does anyone want to join me?