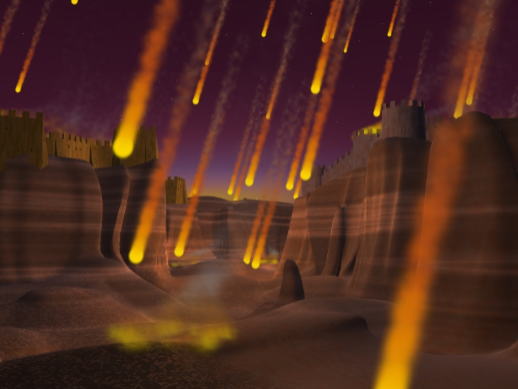 As the Amorites retreated down the road from Beth-horon, the LORD destroyed them with a terrible hailstorm from heaven that continued until they reached Azekah. The hail killed more of the enemy than the Israelites killed with the sword. Jos. 10:11 NLT

I’m not sure the Gibeonites counted at all on God but the Israelites did.That is what made the difference in the war for Gibeon.

You and I both know people whom we would consider allies or friends in life…people who don’t know the God we serve but who do know we are people to be counted on in a crunch. At some point you will be given a divine appointment to meet a need for your friends with the power of God. When that opportunity comes make sure you are ready not only to fight in your own strength but make sure you bring something of the supernatural God along with you to the battle.

Let’s pray: Father God thank you for the souls you have placed in my pathway! Allow me the opportunity to be a supernatural witness of your love and glory to them I pray. Breathe salvation upon them through my life. In Jesus name A-men!